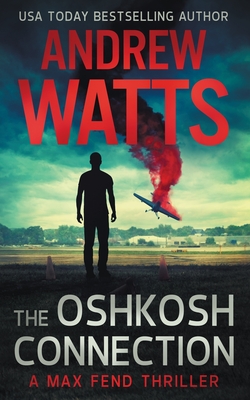 A Pakistani intelligence officer secretly communicates with a Mexican drug cartel. A lobbyist is assassinated in the suburbs of Northern Virginia. A US Senator receives death threats from a shadowy group. There is a connection. And Max Fend has only days to discover what it is.

The chase leads CIA asset Max Fend from the Pacific coast of Mexico to the plains of Wisconsin, home of the largest air show in the world - Oshkosh. Beneath the drone of old warbirds and sleek aerobatics aircraft, Max and his partner Renee uncover clues that point to a global conspiracy. A conspiracy that traces back to the start of the war in Afghanistan, that explains the explosive growth of opioid use around the world, and creeps into the highest halls of power. With the clock ticking down on an ambitious assassination plot, Max and Renee must uncover the truth, before it's too late...

This lightning-paced espionage thriller that will have you racing through the pages. Grab your copy today

★★★★★ "He has joined the club of great authors like Tom Clancy and David Baldacci."

★★★★★ "...will satisfy thriller and aviation enthusiasts alike. If you like being kept on the edge of your seat, and you like mysteries, adventure, aviation and/or spy novels, this book will definitely appeal to you. Very talented author."