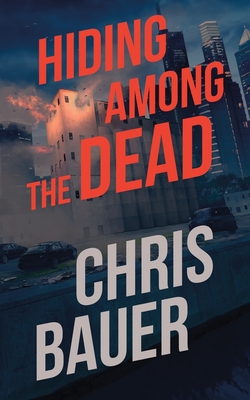 Hiding Among the Dead

"Couldn't pry me away...Bauer writes with authenticity...A knockout original story, with a host of equally original characters. Certainly not your typical crime fiction, and that's a good thing." --David Swinson, author of Trigger.

He moved to Philadelphia to keep his past a secret. His new life as a crime scene cleaner is quiet--until he discovers that many of his "clients" are coming up short on their organ count.

As Philo tries to outrun his past, a coworker can't remember his own. Patrick was found brutally beaten, and is now an amnesiac as a result. When the connection between his coworker's history and missing organs begins to emerge, Philo is determined to solve the puzzle.

The trail of clues leads Philo into a dark conspiracy. A brutal organization will stop at nothing to protect their secret. And Philo's past as a fighter might be his only route to the truth...

If he can survive that long.

HIDING AMONG THE DEAD is a dark and action-packed thriller by Chris Bauer. If you enjoy Elmore Leonard and Breaking Bad, then you'll love this edgy, heart-stoppingly suspenseful book.

What readers are saying about Chris Bauer and HIDING AMONG THE DEAD:

★★★★★ "This is a novel of remarkable characters"

★★★★★ "Hiding Among the Dead is not your usual thriller. And that's a good thing."

★★★★★ "Come for the thrills, stay for the compelling characters, gritty North Philly setting, and great dialog. "

★★★★★ "The deft combination of quirky characters and dark humor with serious topics...makes the story and characters linger in the mind long after the last sentence."

★★★★★ "This is tough, crisp, noir-ish writing that will take you to the underbelly of life and other places you haven't been before. It's a crazy romp that will satisfy and then do it again. Promise."

Buy HIDING AMONG THE DEAD to start the explosive thriller today