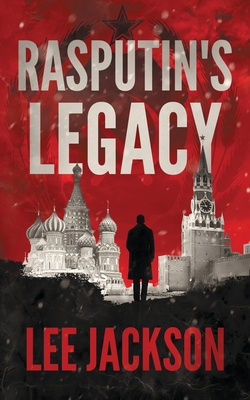 WHEN THE PRESIDENT ORDERS ATCHO ON A COVERT MISSION IN SIBERIA, HE'LL FACE HIS GREATEST DANGER YET.

A spell-binding tale of action and intrigue set in the Cold War Soviet Union.

A CIA officer is assassinated in a village outside Paris. But before he is killed, Atcho learns of a dangerous conspiracy unfolding in Moscow.

Now Atcho must outwit Russian military and intelligence agents and prevent disaster. If he fails, nuclear annihilation will follow.

But when his fiancee--a former CIA operative--unexpectedly appears in Siberia to save him, Atcho must decide whether he can sacrifice himself to win...or lose everything he holds dear.

"Pure Gold Atcho grabs you at the beginning, and won't let go." --Carmine Zozzora, Producer of Die Hard with a Vengeance and Color of Night

"Wow The story is gripping and plausible, the warning real. A must read." --Joe Galloway, NYT Bestselling Author of We Were Soldiers Once...and Young and We Are Soldiers Still

"Clearly one of the best books of historical fiction I have ever read. Extremely entertaining and educational at the same time." --Lieutenant-General Rick Lynch (Retired), former Commanding General, 3rd Infantry Division during the Surge in Iraq

"With this page-turning thriller, Lee connects the brooding mystic Rasputin to the Cold War, traces his dark influence into the present, and makes it relevant to today's churning world events. Stunning " --Bill Thompson, Editor of Stephen King's Carrie and John Grisham's The Firm

"Riveting Lee Jackson takes you on a thrilling ride through the intrigue of the Soviet Union as it raced toward its final days. Feel the fight of those reaching for freedom against the chaos brought on by Rasputin. Couldn't put it down." --Kris "Tanto" Paronto, Bestselling Author of The Ranger Way

What readers are saying about LEE JACKSON and RASPUTIN'S LEGACY:

★★★★★ "From the intriguing beginning to the heart racing, action-packed end... lived up to all my expectations and more."