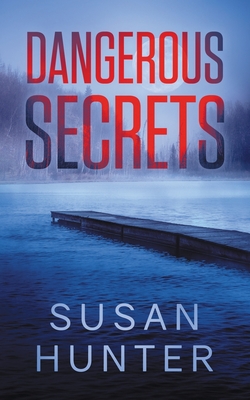 ONLINE DATING CAN BE MURDER...

A website that matches sugar daddies with college-age sugar babies is a major moneymaker for the woman who created it. Until a blackmail scandal erupts and the owner winds up murdered--in the home of Himmel Times reporter Miguel Santos. Miguel has no connection to the victim--but it turns out a close family member does. When his uncle is arrested for murder, Miguel turns to crime writer Leah Nash for help. She soon learns that the owner of the site had links to several residents of small-town Himmel, Wisconsin, with secrets to hide.

Leah finds plenty of leads--and alienates a few people as she investigates--but she can't see the pattern that weaves them all together. Until an unexpected second murder and an equally unexpected ally give her a flash of insight. When the clues finally fall into place, Leah uses all her courage and quick-thinking in a tense climax that reveals that she's been keeping a few things secret from herself.

What readers are saying about Susan Hunter and DANGEROUS SECRETS:

★★★★★ "I have read all of the Leah Nash series, they just keep getting better and better."

★★★★★ "I love Susan Hunter Her Leah Nash series has original plots, wonderfully fleshed-out characters, and you never know "whodunnit" until the very end "

★★★★★ "I couldn't wait for this book to come out I read it in two days and now I'm left wondering....when is the next one coming out Loved every page "