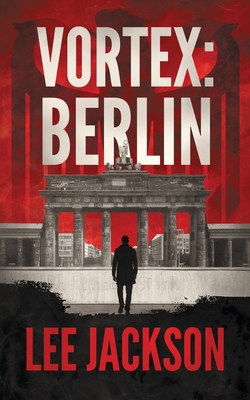 DURING THE FINAL DAYS OF A CRUMBLING SOVIET EMPIRE, ATCHO DISCOVERS A DARK CONSPIRACY.

Behind the scenes, powerful men have set plans in motion. Pulling strings to keep the Iron Curtain intact.

Even if it means setting off a nuclear weapon.

But as Atcho fights through an onslaught of attacks, he learns something shocking about the conspirators...

"Mesmerizing Lee nails the fall of the Berlin Wall." --Joe Galloway, NYT Best Selling Author of We Were Soldiers Once...and Young and We Are Soldiers Still

What readers are saying about LEE JACKSON and VORTEX: BERLIN:

★★★★★ "Lee Jackson...pulls off another masterpiece in thriller writing."

★★★★★ "Spellbinding Lee Jackson has a knack for taking the reader "behind the scenes" of dramatic, real-life world events and jacking up the tension ten-fold with villainy and plot twists..."