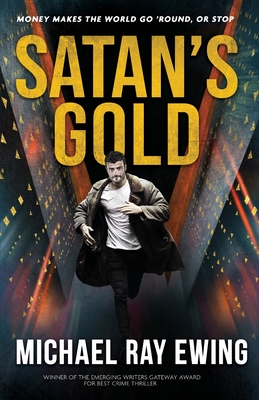 Money makes the world go 'round. Or stop.

The entire financial world is networked, but banks have an Achilles' heel...

An elusive ex-CIA financial analyst known only as Daemon has stolen billions from the Russian Federation, and now he's determined to plunder the richest prize of all-the U.S. Federal Reserve.

Only one man stands in his way-disgraced former FBI Agent Tyler Jackson, who is destroying all he loves in his feverish attempt to capture Daemon and prevent a worldwide economic collapse.

Jackson has been chasing Daemon for two grueling years. But can Jackson and Dixie, a female hacker wanted for unleashing a deadly computer virus, find Daemon before he makes his next big move?

If you like page-turning suspense and characters who would stop at nothing to achieve their objectives, read Satan's Gold today.