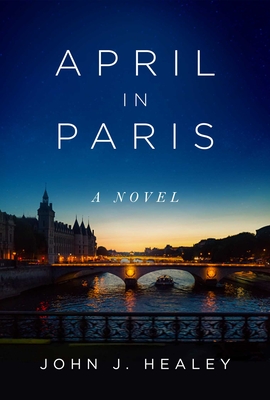 A transatlantic novel for fans of A.S. Byatt and Don DeLillo.

Shaun is an American professor enjoying his sabbatical—and his substantial inheritance—in Paris, until one night when he is startled awake by a nightmare. His attempts to decipher the dream lead him to a New York murder trial that occurred in 1916 in the Bronx.

Upon discovering that the murder took place in the basement of his father's childhood apartment building and having no recollection of being told about it in his boyhood, Shaun explores the possibility of a repressed memory. His amateur, but psychologically astute, investigation coincides with the beginning of his first serious romance since the death of his wife five years earlier. By the time he uncovers the shocking truth behind the case, he has traveled to Spain, New York, Sweden, and back to France.

While deciphering a murder that hits close to home, John J. Healey offers an intimate tale of love, family, and the complexities of the human heart.

Praise For April in Paris: A Novel…

“This unusual and riveting novel—splendidly sensory and deeply inhabited—evokes hidden corners of Paris, Madrid, Cambridge, and Williamstown as it interweaves an old unexplained murder in the Bronx with a passionate, complicated, love story that begins in present-day Paris. Excavating the layers of the Bronx mystery with the fierce attention and vision of an art historian, we discover a legacy of beautifully illuminating dirty secrets and thrillingly biblical revenge.”—Grace Dane Mazur, author of The Garden Party

“I’ve been a fan of John J. Healey for some years. But he’s outdone himself here. April in Paris is at once a deeply engrossing mystery and a lyrical meditation on the use of memory, on love and its unexpected consequences, on the oddities of space and time. I love the adventure itself in this sweeping tale, which crosses continents and oceans as well as centuries, and the vivid evocation of European life. A novel to savor, to reread, to celebrate.” —Jay Parini, author of Borges and Me

John J. Healey is a writer, filmmaker, and author. He has directed two documentary films: Federico García Lorca, A Family Portrait for RTVE in Spain, and The Practice of the Wild, about the poet and ecologist Gary Snyder. First published in the Harvard Review, he now writes articles for El País in Madrid and for the Huffington Post. His previous novels, Emily & Herman and The Samurai of Seville, were published by Arcade in 2013 and 2017, respectively. He currently splits his time between Spain and the United States.
Loading...
or support indie stores by buying on