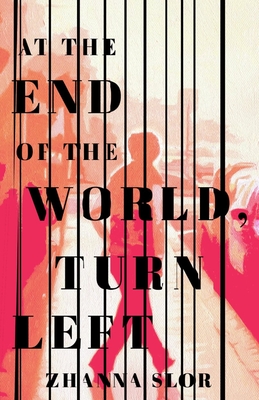 At the End of the World, Turn Left

A riveting debut novel from an unforgettable new voice that is literary, suspenseful, and a compelling story about identity and how you define "home".

Masha remembers her childhood in the former USSR, but found her life and heart in Israel. Anna was just an infant when her family fled, but yearns to find her roots. When Anna is contacted by a stranger from their homeland and then disappears, Masha is called home to Milwaukee to find her.

In 2008, college student Anna feels stuck in Milwaukee, with no real connections and parents who stifle her artistic talents. She is eager to have a life beyond the heartland. When she's contacted online by a stranger from their homeland--a girl claiming to be her long lost sister--Anna suspects a ruse or an attempt at extortion. But her desperate need to connect with her homeland convinces her to pursue the connection. At the same time, a handsome grifter comes into her life, luring her with the prospect of a nomadic lifestyle.

Masha lives in Israel, where she went on Birthright and unexpectedly found home. When Anna disappears without a trace, Masha's father calls her back to Milwaukee to help find Anna. In her former home, Masha immerses herself in her sister's life--which forces her to recall the life she, too, had left behind, and to confront her own demons. What she finds in her search for Anna will change her life, and her family, forever.

Zhanna Slor was born in the former Soviet Union and moved to the Midwest in the early 1990s. She has a master's degree in Writing and Publishing from DePaul University, and has been published in many literary magazines, including Ninth Letter, Bellevue Literary Review, Tusculum Review, Midwestern Gothic, Another Chicago Magazine, and five times in Michigan Quarterly Review, one of which received an honorary mention in Best American Essays 2014. She and her husband, saxophonist for Jazz-Rock fusion band Marbin, recently relocated from Chicago to Milwaukee, where, besides writing, she is raising her daughter. Find her online at zhannaslor.com and on Twitter at @SlorZhanna
Loading...
or support indie stores by buying on