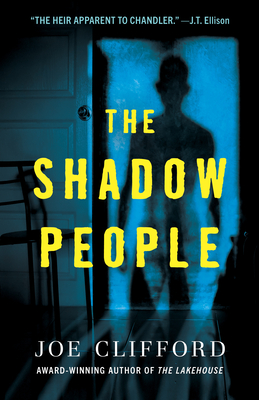 A riveting, twisty psychological thriller from acclaimed author Joe Clifford, perfect for fans of The Whisper Man
Brandon Cossey is finishing his last semester as an undergrad when he learns his childhood best friend, Jacob Balfour, has committed suicide. The news about Jacob, who had long battled schizophrenia, does not come as a surprise--but the bizarre details surrounding his death do. Jacob was found several states away, in a quarry, burned alive. Brandon returns to his hometown and discovers Jacob had been moonlighting as an amateur DIY reporter. As sole author and editor of the homemade zine Illuminations, Jacob has been covering a wide array of conspiracy theories. When Jacob's estranged grandfather, Francis, who also suffers from schizophrenia (but chooses to go untreated), arrives for the funeral, he tells Brandon that Jacob didn't kill himself; Jacob stumbled upon a secret so deadly he was murdered to keep it quiet. Soon afterwards, Brandon's life takes a turn for the strange. He notices odd cars and lookalikes following him, his personal property is hacked and stolen, and Brandon can no longer trust what he thinks he sees. As his grasp on reality recedes and falters, Brandon must question whether a sinister gang of doppelg ngers, whom Jacob dubbed "the Shadow People," are really responsible. Events conspire to put Brandon on the road with Francis, as the unlikely duo travel across the upper Midwest attempting to learn the truth about Jacob's death. Part conspiracy thriller, part horror noir, The Shadow People mines the rich depths of perception and paranoia, asking the tough question: when you can't believe yourself, who can you trust?

Joe Clifford is the author of five novels in his bestselling, Anthony Award-nominated Jay Porter series, as well as the acclaimed addiction memoir JUNKIE LOVE. He has been nominated for numerous awards, including the Anthony and Thriller. He lives in the Bay Area with his wife and two sons. Visit him at http: //www.joeclifford.com and follow him at @joeclifford23
Loading...
or support indie stores by buying on