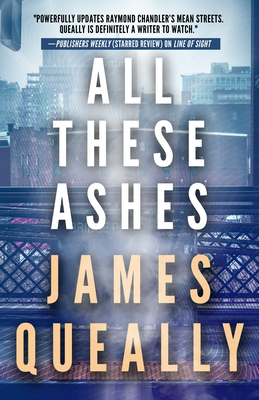 Russell Avery needs a story to tell.
The laid-off reporter turned private investigator is almost out of clients after he stood up against the Newark police officers whose problems he used to fix for a paycheck, exposing a scandal that left him on the wrong side of one of those thin blue lines. Desperate for work, Russell is as elated as he is skeptical when a detective shows up on his doorstep, asking him to look into one of the Brick City's most haunting mysteries: The Twilight Four killings. The detective tells Russell a story almost too good to be true, but maybe good enough to save his otherwise doomed journalism career if it is true. Supposedly, the wrong man was convicted in the brutal arson-murders that claimed four teenagers' lives, and if Russell finds the right one, he'll have the inside track on the kind of story that most reporters stake their careers on. But things worth knowing don't make themselves easy to find. As Russell starts untangling the complications of a decades-old murder that never even had a crime scene to start from, he runs into opposition from City Hall and finds himself drug into the middle of a contentious Mayoral race that could impact Newark for generations to come, all while trying to stay one step ahead of the real Twilight Four killer, who wouldn't mind reducing Russell to ash. In the sequel to the critically acclaimed LINE OF SIGHT, Russell Avery must once again try to figure out the definition of justice in a city where that term rarely applies to those who live below the poverty line.

James Queally is an award-winning crime reporter for the Los Angeles Times and the author of the acclaimed novel LINE OF SIGHT. Throughout his career, Queally has covered hundreds of homicides, as well as national use-of-force controversies and the Black Lives Matter Movement. His short stories have appeared in Thuglit, Crime Syndicate Magazine, Shotgun Honey and more.
Loading...
or support indie stores by buying on