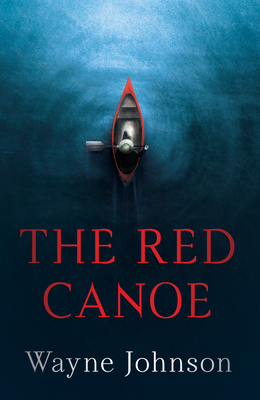 One of the Most Anticipated Mysteries & Thrillers of 2022--Criminal Element

One of the Most Anticipated Crime Fiction of 2022--CrimeReads

Buck, government name Michael Fineday, Ojibwe name Miskwa' doden (Red Deer) has just been served divorce papers by his wife Naomi, who is fed up with his savior complex and the danger it often attracts to their door, and is on the brink of suicide. Living on the border of Shakopee Mdewakanton Sioux Community reservation--thus back on the edge of his origins--Buck makes a good living as a boatbuilder and carpenter. He spends his days alone, trying to win the trust of a feral cat...until a semi-feral girl shows up, attracted by the canoe Buck's building.

Lucy, Ojibwe name Gage' bineh, (Everlasting Bird), lives in a trailer alone with her father, a local policeman struggling with PTSD from the Iraq war, compounded by the loss of Lucy's mother. She's also mostly alone. Just barely fifteen, since her mother's death she's been systematically molested and raped by her father's colleagues on the force without his knowledge. Threatened that if she ever spoke out, her father would bear the consequences.

Buck senses Lucy is in trouble, and doesn't hesitate to plunge into it head-first as usual. On the foundation of their shared Ojibwe heritage, together they build more than a canoe, but a friendship, and together trace Lucy's abuse to a ring that extends farther than either of them ever imagined.

Wayne Johnson is the multiple Pulitzer Prize-nominated author of the acclaimed Paul Two Persons Mysteries DON'T THINK TWICE and SIX CROOKED HIGHWAYS, a thriller, THE DEVIL YOU KNOW, and many other works of fiction and nonfiction. Of mixed Native and European descent, he grew up in southern Minneapolis, and in the north lakes region of Minnesota on the White Earth and Red Lake Reservations. He currently resides in Salt Lake City. Find him online at waynejohnsonauthor.com
Loading...
or support indie stores by buying on