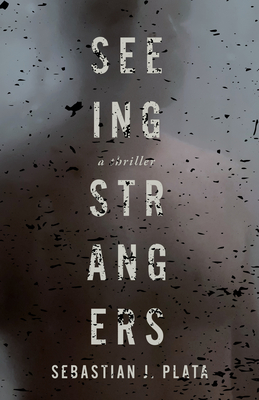 NAMED ONE OF CRIMEREADS' MOST ANTICIPATED CRIME NOVELS OF 2022

NAMED TO THE MOST ANTICIPATED ADULT FICTION OF 2022 BY LGBTQ READS NAMED BEST BOOKS OF THE YEAR, NOTABLE SELECTION, CRIMEREADS

A stylish novel of obsession and social satire set in a world where sex is just a swipe away.

Life is going well for Greg Kelly. He's married to the handsome and kind Cristian, a Spanish-born artist who is also a talented cook. Greg's work as a translator for an IT startup allows them to live comfortably in a stylish Bushwick two bedroom and enjoy just about all NYC has to offer--including sleeping with other men, since Greg and Cristian's marriage has been open for the past few years. This arrangement has been particularly appealing to Greg and his exceptional sexual appetite. Now approaching their mid-thirties, fatherhood calls and they enlist a friend to act as surrogate.

In order to focus on building a family, Greg and Cristian decide to close up the marriage when the baby arrives. Greg is going to miss his hookups, but at least he has the summer for one last hurrah. He methodically plans his hookups via Grindr and Tinder, carefully coordinates train routes for quick lunchtime hookups, and scouts potential candidates anywhere, anytime, like an old time Hollywood casting director.

As their baby's due date draws closer, anxiety sets in over Greg's impending parental responsibilities, the loss of his sexual freedom, and even his marriage to Cristian. But before he can sort out his feelings, a spurned hook-up reappears--Russell, an arrogant tv producer, who had wanted a relationship with Greg. And the problem is, Russell just won't go away, infiltrating himself into Greg's life in the worst ways possible, threatening his marriage and sanity. Greg is left asking, what does it mean to find happiness but still crave more?

Sebastian J. Plata was born in Poland, grew up in Chicago, and spent most of his twenties in Tokyo. In addition to writing, he also works in the subtitle translation industry. He is currently based in Brooklyn, NY. Seeing Strangers is his first thriller. Find him online @sebastianjplata.
Loading...
or support indie stores by buying on