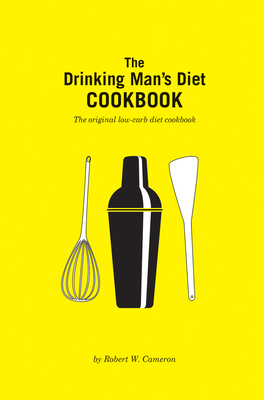 The Drinking Man's Diet, granddaddy and origionator of all low carb diets, was first published in 1964 and sold 2,400,000 copies in 13 languages. It does not encourage drinking but understands that upwards of 60 million people in the US alone enjoy a Carbo-Free cocktail every now and then.

Robert Cameron was the founder and former publisher of Cameron + Company. His books include The Drinking Man’s Diet and its companion cookbook, as well as the Above series of aerial photography books, the first of which was Above San Francisco, published in 1969. Cameron passed away in 2009 at the age of 98, after nearly 50 years of faithfully following his Drinking Man’s Diet.