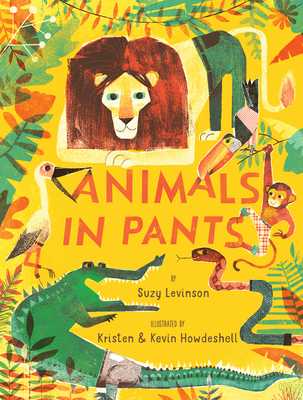 What? You’ve never seen animals in pants? A dog in yoga pants, a goat in overalls, a yak in slacks? Animals in Pants presents a parade of impeccable poems about animals wearing perfectly pressed pants.

Suzy Levinson is a writer and poet whose work has been published in numerous children’s book anthologies and children’s magazines. Animals in Pants is her debut picture book. She lives in New York. Kristen and Kevin Howdeshell are a husband-and-wife illustration team whose books include The Poet Wolf of Piney Woods, published by Cameron Kids. They live in Kansas City, Missouri.
Loading...
or support indie stores by buying on