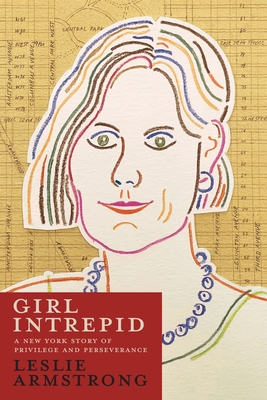 A New York Story of Privilege and Perseverance

"I didn't want to be subject to anyone's idea of who I was or who I was to become, and what I could or should be doing to enhance anyone else's life "

So much is surprising and captivating about this coming-of-age story of a culture-rich, pre-and-proto-'60s upper class girl with rebellion and independence wired in. Lale's early decades were a complex mixture of innocence, sophistication, doubt, passion, adventure, and brutal self-criticism.

She grows up mainly with her mother, who had to fight for her career in law because she was a woman. They live in a small East Side walk up, but her mother orders custom-made clothes from Christian Dior in Paris. On one of the early transatlantic voyages of the Andrea Doria, Lale's passion for Italy and modern design are firmly locked in place.

An artistic calling begins to beckon, though academics are a struggle. Summers bring job adventures: fashion in NYC; Harrods in London; the Spoleto Festival in Italy. Finally finding focus for her passion, she powers her way into her chosen profession: architecture.

Flash forward to an early career moment: "We don't hire women here. We think the presence of women is distracting and diffuses the focus on work. We cannot make an exception for you." So much changed during the decades of Lale's growing up, as young women like her-capable, frustrated, and determined-persevered.