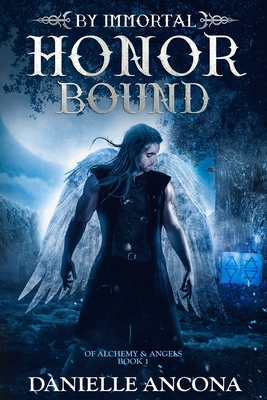 Intrepid warrior angel Malachi faces the fiercest adversaries in warfare through the centuries, fighting alongside the boldest of gods to defend humankind from the Seraph Rebellion.

Sent to York in the 1620s, Malachi unexpectedly falls in love with keen and ardent alchemist Daphne Heatherton. For Malachi, Daphne's returned devotion is a tenuous gift of fate.Dark machinations set into play by the fallen archangel Gideon-leader of the Rebellion-bring Malachi to the brink of defeat and put him to the ultimate test.

Will he chose a mortal love, or will he remain... BY IMMORTAL HONOR BOUND?

Alchemy, myth, passion, science, history, and legend converge in a timeless battle. Will honor or love prove to be the most powerful element of all?