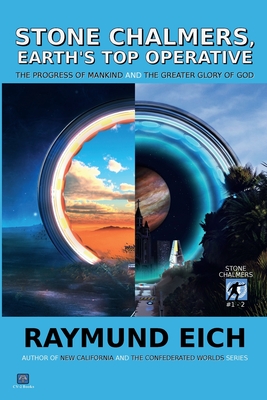 Enter operative Stone Chalmers. Spy. Assassin. Instrument maintaining the UN's order on the galaxy. Opposing him are hostile forces on colony worlds... and within the UN itself.

The Progress of Mankind

On New Moravia, Stone's investigation of an operative's murder turns into a race against the clock to defeat rebels seeking to kill UN heads of state--and tens of thousands of colonists.

On Trinity, Stone and an unwanted partner must infiltrate a group of religious fanatics out to recover the ultimate prize: the last warpdrive ship outside UN control.