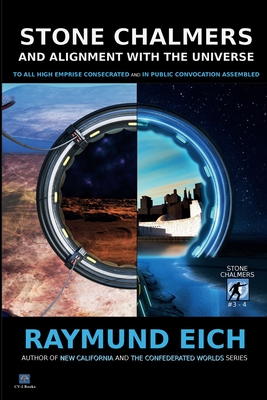 Stone Chalmers and Alignment With the Universe

Enter operative Stone Chalmers. Spy. Assassin. Instrument maintaining the UN's order on the galaxy. Then he encountered a strange new colonial faith that promised all mankind Alignment with the Universe.

To All High Emprise Consecrated

On Minerva, while workers prepare a wormhole link to Earth, Stone uncovers a plot to shake to the core the UN--and himself.

On Earth, Stone plays for the ultimate stakes. Success will transform Earth and the galaxy forever. Failure will doom Earth to the greatest chaos of all time.