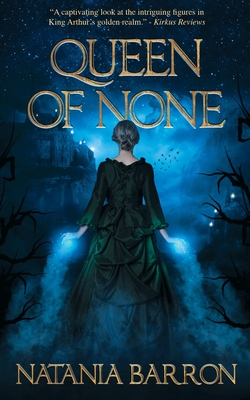 When Anna Pendragon was born, Merlin prophesied: "Through all the ages, and in the hearts of men, you will be forgotten."

Married at twelve, and a mother soon after, Anna - the famed King Arthur's sister - did not live a young life full of promise, myth, and legend. She bore three strong sons and delivered the kingdom of Orkney to her brother by way of her marriage. She did as she was asked, invisible and useful for her name, her status, her dowry, and her womb.

Twenty years after she left her home, Anna returns to Carelon at Arthur's bidding, carrying the crown of her now-dead husband, Lot of Orkney. Past her prime and confined to the castle itself, she finds herself yet again a pawn in greater machinations and seemingly helpless to do anything about it. Anna must once again face the demons of her childhood: her sister Morgen, Elaine, and Morgause; Merlin and his scheming Avillion priests; and Bedevere, the man she once loved. To say nothing of new court visitors, like Lanceloch, or the trouble concerning her own sons.

Carelon, and all of Braetan, is changing, though, and Anna must change along with it. New threats, inside and out, lurk in the shadows, and a strange power begins to awaken in her. As she learns to reconcile her dark gift, and struggles to keep the power to herself, she must bargain her own strength, and family, against her ambition and thirst for revenge.