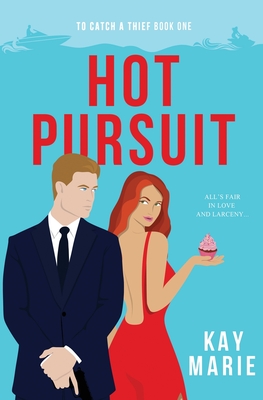 "An action packed adventure from page one." - Moohnshine's Corner

Don't miss this laugh-out-loud, enemies-to-lovers romance that's How to Lose a Guy in 10 Days meets White Collar with a dash of The Thomas Crown Affair thrown in

All Jolene Carter has ever wanted is a bakery of her own. There's only one problem. Her father, Robert Carter, is a world-renowned art thief and she's, well, sort of his prot g . But he's promised her this next job in New York will be their last, and she won't let anyone get in the way of her dreams...especially not the distractingly delicious FBI agent hot on her tail.

Agent Nate Parker has been on the Robert Carter case for years, and if rumors of the aging criminal's retirement are true, this might be his last chance to nail him. With the legacy of his late father in the back of his mind, the stakes are more personal than anyone realizes. He won't let anything stand in the way of justice...especially not the red-headed vixen who keeps giving him the slip.

**To Catch a Thief is a romantic comedy series that's one part humorous and one part heartfelt, with a dash of adventure, a hint of criminal activity, and a whole heap of fun Each book is a standalone romance with a HEA.