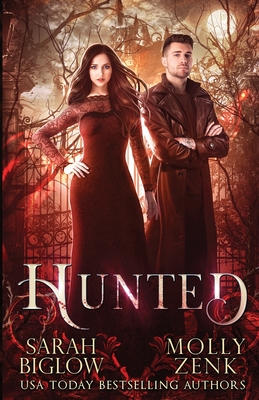 Can humans and vampires co-exist, let alone love one another?
After one hundred years of blending in with humans and following the rules doled out to vampires, Edith Dorset is ready for a change. She never expects that upheaval to come at her clan's "vampires vs. humans" recruitment event. Or in the form of a charming vampire hunter with ties to her own human past.
Darren Paxton has only two priorities since his parents' murder at the hands of vampires: take out as many bloodsuckers as possible and protect the only family he has left. When his brother Dan goes missing at the recruitment event, Darren must go behind enemy lines, which sends him right into Edith's orbit.
When vampire bodies start dropping during the weekend, the blame lands on Dan's shoulders. Knowing his brother is innocent, Darren will be damned to let the undead steal the last of his family from him. Edith, for her part, can't help being drawn to Darren's cause. But to him, she is still the enemy. Can he trust her long enough to save his brother and make a clean escape? Or will he find himself falling for a "monster"?