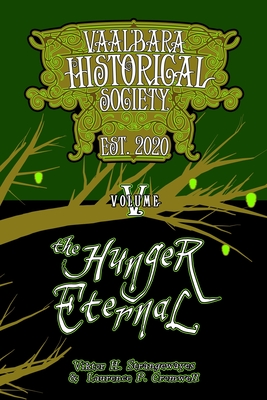 -Warning: Book 5 in an ongoing series (spoilers below)-

What would it take for a hero to accept defeat and walk away from their mission? When their enemy reveals that they consider their own race altogether expendable? When they learn that their accomplishments mean nothing compared to the destiny of the universe? When everything their allies have done, everything they have sacrificed, has resulted in an identical outcome - a future without Magic?

Our heroes have continued to forge ahead in their crusade. The remaining Weapons of Legend have been found, and Kaldre'shen, the untainted embodiment of Mor'dresh, has been restored. Vael'ehn has been defeated, seemingly turning from his destructive path with his last breath, and the demons have been sent fleeing through time in a desperate effort to regroup. However, our heroes could not summon enough strength to prevent them from fleeing what they assumed would be their final confrontation at Argleton.

p>In the fifth Volume of the Vaal'bara Historical Society series, we follow our heroes as they pass through a series of portals into the unknown. Reunited they may have been, but now they must all face their upcoming battles alone. Not only will their physical strength and Magical prowess be tested, but they'll be forced to question every decision they've made, every value and ideal they've held, to fight off the great evil standing between humanity's destiny and its fate. How far will they go? How much are they willing to sacrifice? And will it ever truly be enough?

For those searching for the truth, look no further; you have found what you seek. For those looking for a fantastic story, set in rich, continually-growing world, the Vaal'bara Historical Society series is an amalgamation of fantasy genres, with dark themes regarding death and demonic magic, but also a unique sense of humor that pervades the series. Time travel, technology, and alternate timelines intermingle with traditional fantasy elements, such as a unique magic system and mythical creatures. There are complex heroes and villains who often question their own values and morals when facing world-changing events, but also several offbeat and unusual characters who bring some humor and light to otherwise grim circumstances. What starts with a fleeting glimpse into a child's tragic accident, rapidly grows into a universe-encompassing, mind-bending journey toward what lies beyond the stars.