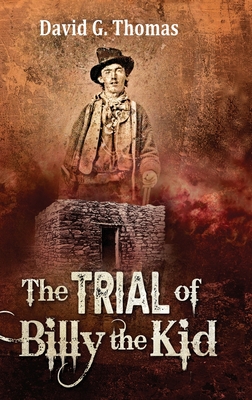 The Trial of Billy the Kid

This book is about Billy the Kid's trial for murder, and the events leading to that trial. The result of Billy's trial sealed his fate. And yet Billy's trial is the least written about, and until this book, the least known event of Billy's adult life.

Prior biographies have provided extensive - and fascinating - details on Billy's life, but they supply only a few paragraphs on Billy's trial. Just the bare facts: time, place, names, result.

Billy's trial the most important event in Billy's life. You may respond that his death is more important - it is in anyone's life That is true, in an existential sense, but the events that lead to one's death at a particular place and time, the cause of one's death, override the importance of one's actual death. Those events are determinative. Without those events, one does not die then and there. If Billy had escaped death on July 14, 1881, and went on to live out more of his life, that escape and not his trial would probably be the most important event of Billy's life.

The information presented here has been unknown until now. This book makes it possible to answer these previously unanswerable questions:

Supplementing the text are 132 photos, including many photos never published before.