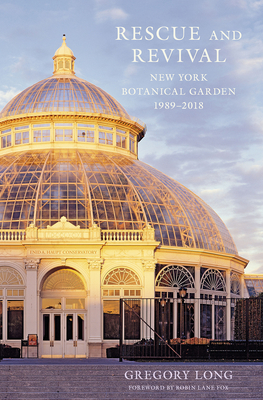 Gregory Long is president emeritus of the New York Botanical Garden, where he served as president and CEO from 1989 to 2018. He began his career in 1969 at the Metropolitan Museum of Art, where he worked as executive assistant to the corporate secretary and president of the board. He then held positions at the Brooklyn Museum, the American Museum of Natural History, and the New York Zoological Society (now the Wildlife Conservation Society), and through the 1980s he served as vice president for public affairs at the New York Public Library. He is author of Historic Houses of the Hudson River Valley. Gregory Long's awards include Common Cause's NYC Cultural Leadership Award; The Cultural Landscape Foundation's Ten-4-Ten Stewardship Award; The New York Botanical Garden's Founders Award and its Gold Medal; and the Native Plant Center's Acorn Award. He is an Honorary Member of the American Society of Landscape Architects and received that organization's LaGasse Medal in 2015. The City University of New York and Fordham University have awarded Long honorary Doctorates of Humane Letters. In 2019, The New York Audubon awarded Long with the Thomas W. Keesee Conservation Award and the Garden Club of America gave him the 2020 Medal of Honor.
Loading...
or support indie stores by buying on