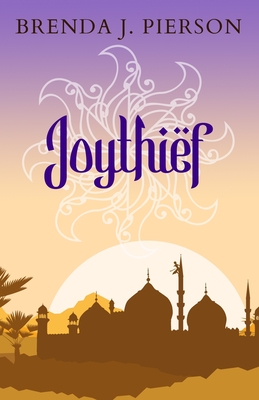 Joythief. The most feared weapon of the elite thieves' and assassin's guild known as the Star-Blades. The magical poison that doesn't kill its victim, but kills the most prized aspect of themselves. Star-Blades rarely use this terrible poison, and never against their own.

Except Mariq Ashai Meidani, Princess of Kuriza and Star-Blade spider-thief, has been poisoned. She knows exactly what the Joythief will take from her-her thieving skills, the one thing that makes her more than a simple pawn in her father's court.

Trying to discover who poisoned her, and why, leads Mariq to discover plots far more intricate than the blackmail of a single spider-thief. The Star-Blades would use her as a tool in their war against magic, a war that would leave thousands dead and the land devastated. A war Mariq cannot allow to happen.

Battling the Joythief is futile. Battling the Star-Blades seems even more so. Yet if Mariq wants to be anything besides a delicate, useless princess or a catalyst of destruction, she'll have to fight both -- and, somehow, win.