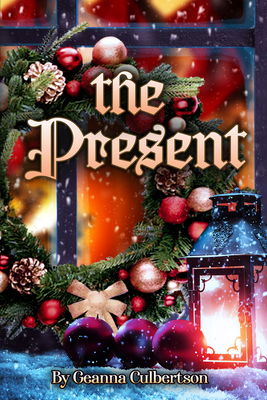 A mystical agency exists that is responsible for creating Christmas Carol scenarios with preselected targets every December.

Employees of the agency work in either the Past, Present, or Future department and each year they are assigned a person on Earth in need of being “Scrooged,” as it were, so that person can reform and embrace the potential for goodness, love, and humanity they have in their hearts.

Frost Mason has worked in the Present department for almost a century and this Christmas is her 100th soul to save. The problem—Frost's belief in the miracle of Christmas and what her agency does has started to fade because while many people commit to reforming after the "life-changing" experience of being Scrooged, human beings rarely change permanently and Frost has watched countless former Scrooges backtrack and return to their old ways once time has passed.

Frost must find a way to deal with her disenchantment over humanity's potential to change while also working with her team to save the soul of this year's Christmas Assignment: a young, up-and-coming political star running for governor.

Geanna Culbertson is the award-winning author of The Crisanta Knight Series. The series has been featured in Girls' Life Magazine as recommended reading for preteen and teen girls, and is an ongoing supporter of Girls on the Run, Read to a Child, and Girl Scouts of the USA. In the last few years Culbertson has been a regular speaker at schools across the country for an array of age groups (from elementary schools to major universities).

Culbertson is a proud alumna of the University of Southern California where she earned her B.A. in Public Relations and triple minor degrees in Marketing, Cinematic Arts, and Critical Approaches to Leadership. She is a part of only 1.3% of her graduating class to earn the double distinction of Renaissance Scholar and Discovery Scholar. Her Discovery Scholar thesis "Beauty & the Badass: Origins of the Hero-Princess Archetype" earned her acclaim in the School of Cinematic Arts and helped fuel her female protagonist writing passions.

When she is not writing, Culbertson enjoys pursuing tasty foods, working out, and adventure. During her time authoring this series she excelled as a manager at one of the country’s top digital marketing agencies, earned her black belt, taught karate to kids, learned the piano, and graduated as a certified sushi chef. As she forges ahead into writing the finale of this series, she is delving into the study of archery and two new languages.

Culbertson wishes to thank all fans, allies, and supporters of her series. At the start of this journey, before Book One was even published, her first and foremost hope was that this series would bring others the joy and inspiration her favorite series bring to her. When she reads reviews from fans in the US, the UK, India, Malaysia, and many other countries around the globe, it fills her with great gratitude, happiness, and increased magical writer powers!
Loading...
or support indie stores by buying on