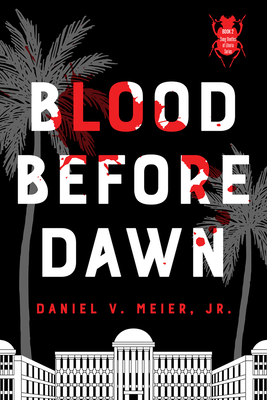 Blood Before Dawn (The Dung Beetles of Liberia #2)

Volume 2 in The Dung Beetles of Liberia series.

In April of 1979, Ken Verrier and his wife, Sam, return to Liberia to buy diamonds. They did not return to get caught up in a rice riot and a coup de'etat. But that's what happens. Ken witnesses and unwittingly participates in a period of Liberia's tumultuous yet poorly documented history---the overthrow of the Tolbert presidency and ultimately the end of the Americo-Liberian one hundred thirty-three years of political and social dominance.

Details of President Tolbert's assassination are sketchy, but through Ken's association with his Americo friends from the past, the CIA agents he meets, and the Liberian military he is forced to deal with, a believable scenario emerges.

While describing the once beautiful country and a kind and generous people, Meier intertwines terrifying tales of the atrocities committed that account for the future pain of an entire nation.

Praise For Blood Before Dawn (The Dung Beetles of Liberia #2)…

On The Dung Beetles of Liberia: "Rugged, riveting, packed with exotic adventure and attitude, Meier's Dung Beetles is non-stop entertainment." —Douglas Rogers, Author of The Last Resort and Two Weeks in November

On Daniel V. Meier, Jr., Author: "With a gift for portraying dialect, character quirks, and the intricacies of combing salient details of his youthful adventures with fictional flights of fancy, Meier flies readers on this soaring, literary saga that will leave them clamoring for a sequel." —US Review of Books

"Meier's precise prose is vivid and yet straightforward as he details contrasting lives of the common Liberian population and the privileged Americo-Liberians." —The Prairies Book Review

A retired Aviation Safety Inspector for the FAA, Daniel V. Meier, Jr. has always had a passion for writing. During his college years, he studied history at the University of North Carolina, Wilmington (UNCW) and American Literature at the University of Maryland Graduate School. In 1980 he published an action/thriller with Leisure Books under the pen name of Vince Daniels.

Dan also worked for the Washington Business Journal as a journalist and has been a contributing writer/editor for several aviation magazines. In addition to Blood Before Dawn, he is the author of its prequel, the award-winning novel, The Dung Beetles of Liberia, as well as two other highly acclaimed novels published by BQB Publishing.
Loading...
or support indie stores by buying on