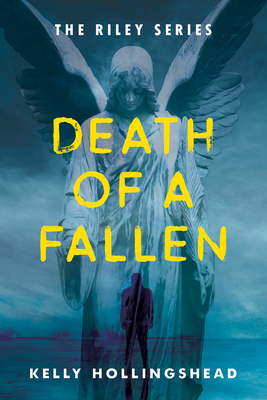 Death of a Fallen (The Riley Series #2)

Mysterious forces are driving a deadly wedge between Riley and his best friend, a fallen angel named Jonathan.

A year ago, Riley had come to put his trust and his very life in Jonathan's hands, but something is happening to Jonathan, something very dark, and it's putting Riley at risk. He was once Riley's most trusted friend, but now Riley is beginning to fear him and for good reason.

They will both face impossible decisions, which mean only one of them will survive as the forces of evil once again come after them.

Kelly Hollingshead is an avid reader who prefers books over music. He found entertainment in books as a child, due to growing up in a large family where money was always tight. However, the library was always free and entertainment was endless, simply waiting between book covers.

Kelly has always approached writing as an enjoyable pastime until his wife convinced him to try to publish at least one story. Death of a Fallen is the second book in the Riley Series.

When not working on the Riley Series, Kelly enjoys extreme workouts, cookouts on the grill with his friends and family, and late nights of watching UFC fight pass.

Kelly has been married for ten years to his wife Melissa and they have a one-year-old daughter whose nickname is Ms. Brynn.
Loading...
or support indie stores by buying on