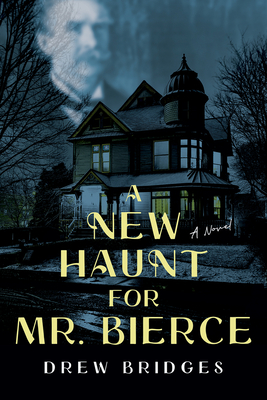 A New Haunt for Mr. Bierce

The ghost of a soldier turned writer joins a quest to save a human life.

The ghost of Ambrose Bierce, American writer and civil war Union soldier, has been displaced from the home he had been haunting. Enlisting the aid of a "haunting agent," he finds a new residence that has the requisite dark history and terrible secret that makes it appropriate for haunting. Here he meets new spirits who reside in this version of the afterlife, a middle place between life and the ultimate destination.

Against his intentions, Bierce becomes caught up in the unsolved mystery of his new haunt. In partnership with an old friend, a Buddhist priest named "Sid" who has inhabited the spirit world for 25 centuries, he reluctantly involves himself in the matters of still living people. Bierce and his friend also become aware of the presence of mysterious "others" who are spirits who never held human form. Bierce, Sid, and other new spirit friends ultimately find themselves as part of a quest to save a human life, rescue another spirit from oblivion, and discover the identity of the "others."

Praise For A New Haunt for Mr. Bierce: A Novel…

". . . razor sharp insights into the worlds of sports and mathematical probabilities, compelling characters and a plot that keeps you turning the pages." —Lucy Adkins, co-author of Writing in Community and The Fire Inside

Drew Bridges is a retired psychiatrist who has restored himself to his default identity of English major. His restoration included operating a book store for seven years in the town of Wake Forest, NC, where he lives with his wife, Lauren, a psychotherapist.

He has published five previous books that cover a broad range of topics including memoir, sports, and some featuring psychological themes.
Loading...
or
Not Currently Available for Direct Purchase