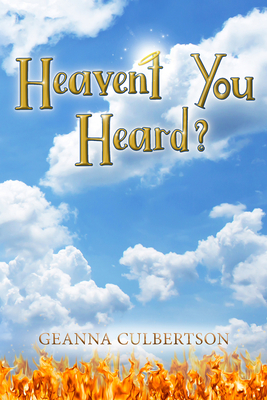 Imagine if TV's The Good Place and Good Omens had a brainchild. Now imagine if that brainchild had a fascination with the shenanigans of the Shadowhunter universe . . . Do I have your attention?

As a young girl I fantasized about my happily ever after. Little did I know that the "after" to define my story would be the afterlife . . . A teenage Guardian Angel's work is never done.

My name is Grace Cardiff. I was seventeen when my mother and I got into a fatal car crash. Don't waste your time grieving for me; I've already done that and I am trying my best to move forward because Heaven gave me a big to-do list.

Once I made it past the Pearly Gates and got the basic questions out of the way (What's the deal with Stonehenge? Is my dead dog here?) I found out I'm a part of a minuscule percentage of humans with a soul qualified to serve as a Guardian Angel. That means I'm supposed to assume a new identity on Earth so I can protect people who are meant to positively, significantly impact humankind. It's a lot to process, I know. Regardless, my job now is to use magical angel powers and natural spunk to protect my teenage boy assignment from the dangers of life and demons who spend their time trying to foil angels when they're not taking laps in lakes of fire. It's funny---I thought Heaven would be all about rainbows, cake, and puppies. I didn't think it would involve a massive identity crisis and going back to high school.

Praise For Heaven't You Heard? …

"I must say, I am more in love with this author and these books than ever before. . . if that's even possible." —Author Amy Lignor

Geanna Culbertson is the award-winning author of The Crisanta Knight Series and critically-acclaimed Christmas novel The Present. Her work has been featured in Girls' Life Magazine as recommended reading for preteen and teen girls, and she is an ongoing supporter of the nonprofits Girls on the Run, Read to a Child, and Girl Scouts of the USA. In the last few years, Culbertson has been a regular speaker at schools across the country for an array of age groups (from elementary schools to major universities).

Culbertson is a proud alumna of the University of Southern California where she earned her B.A. in Public Relations and triple minor degrees in Marketing, Cinematic Arts, and Critical Approaches to Leadership. She is a part of only 1.3% of her graduating class to earn the double distinction of Renaissance Scholar and Discovery Scholar. Her Discovery Scholar thesis "Beauty & the Badass: Origins of the Hero-Princess Archetype" earned her acclaim in the School of Cinematic Arts and helped fuel her female protagonist writing passions.

When she is not writing, Culbertson enjoys pursuing tasty foods, working out, and adventure. During her time authoring her work she excelled as a manager at one of the country's top digital marketing agencies, earned her black belt, taught karate to kids, learned the piano, and graduated as a certified sushi chef. As she forges ahead into writing the finale of this series, she is delving into the study of archery and new languages.

Culbertson wishes to thank all fans, allies, and supporters of her series. At the start of this journey, before Book One was even published, her first and foremost hope was that this series would bring others the joy and inspiration her favorite series bring to her. When she reads reviews from fans in the US, the UK, India, Malaysia, and many other countries around the globe, it fills her with great gratitude, happiness, and increased magical writer powers!
Loading...
or support indie stores by buying on