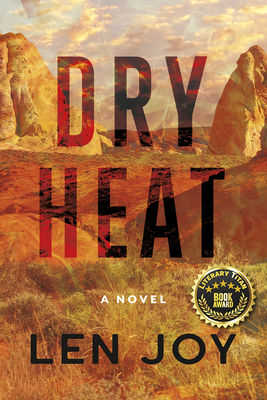 “A boy who loses everything but his heart."

The day All-American Joey Blade turns 18, he learns his ex-girlfriend is pregnant, is betrayed by his new girlfriend, and is arrested for the attempted murder of two police officers. Then things get bad.

The high school bonfire is supposed to be the kickoff to a great night: Joey has just won a football scholarship and he's hoping for a sex breakthrough with his new girlfriend. Then his true love--but ex-girlfriend--Mallory tells him she's pregnant. He's reeling from that news when the bonfire explodes.

Joey, his new girlfriend and her drug dealer friend TJ, flee in her truck. When the police pursue, TJ shoots at the cop's car. It crashes and in the ensuing chaos TJ slips away undetected. Joey, the only adult in the truck, is hauled off to jail.

Joey is charged with attempted murder and released on bail. TJ is nowhere to be found. When Joey discovers that Mallory's father is pressuring her to terminate the pregnancy, Joey has to remain free to prevent that from happening. In desperation, he reaches out to notorious gang leader, Chico Torres, whom he met in jail, for help locating TJ.

When Joey is offered a deal--his freedom in exchange for his cooperation in nailing Chico--he faces a decision that will change the course of his life and Mallory's.

Praise For Dry Heat: A Novel…

On Everyone Dies Famous: "Len Joy's Everyone Dies Famous is a clear-eyed examination of how we live in an uncertain world. By creating imminently understandable characters and skillfully linking them to a specific landscape, one that is so evocatively described, he shows us all the ways in which we're connected, how fragile those threads are. In clear prose, Joy does real work here. I'm grateful for it." —Kevin Wilson, author of Nothing to See Here

". . . a striking depiction of small-town America at the dawn of the 21st century." —Kirkus Reviews

"Len Joy is a writer with a heart. Learn something from him." —Sasson Magazine

". . . Everyone Dies Famous looks through a keyhole at one group of people to reveal the parallels in all of us. Like with all great works of fiction, this story makes me think of the writing adage: The macro in the micro." —Margaret Lukas, author of River People

"This is the first Len Joy book I have read but it won't be the last. There's something magical about Joy's writing that keeps the reader hooked to the story unil the end." —Dehka, The Book Decoder

". . . Len Joy creates a tight circle with his novel, tying the end back to the beginning. It starts with a Prologue that in an ironic twist of the term 'Prologue' focuses on the end of the book, and we begin to understand the devastation---and the redemption---of living in a small town" —Melissa Gouty, LiteratureLust.com

"The dry heat which is the title of his story is present both in a physical and a metaphysical manner, and is creatively described in passages which link Joey to the world in many different ways: 'The temperature was already into the eighties and the sun was still just below the horizon. It felt comfortable running. That was the danger of dry heat. Your body didn't notice the heat like it did when there was humidity. Sweat quickly evaporated, making the body feel cool. But stay out there too long and the dry heat would kill you before you knew what hit you.'" --Diane Donovan, Midwest Book Review

Len Joy is the author of four books that have have received shining reviews and several awards. "Everyone Dies Famous," published in 2020 won 1st Prize in the 2020 Top Shelf Book Awards and was described by Kirkus as ". . .a striking depiction of small-town America at the dawn of the 21st century." NY Times bestselling author Kevin Wilson described it as "A clear-eyed examination of how we live in an uncertain world. . . .In clear prose, Joy does real work here. I'm grateful for it." His first novel, American Past Time, published in 2014 took 1st Prize in the Top Shelf Book Awards in 2019 for Fiction and was described by Kirkus as ". . .expertly written and well-crafted." His second novel, Better Days was a finalist in the Indie Excellence Book Awards in 2019 and described by Foreword Reviews as "A bighearted, wry, and tender novel that focuses on love and loyalty.

Len is a nationally ranked triathlete and competed internationally representing the United States as part of TEAM USA. He lives in Evanston, Illinois with his wife, Suzanne.
Loading...
or support indie stores by buying on