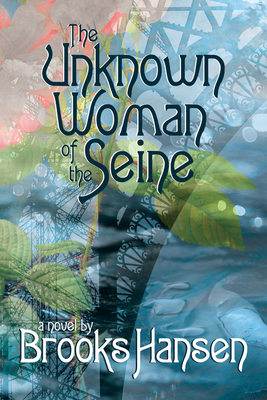 The Unknown Woman of the Seine

In the late autumn of 1889, the body of an unknown woman appeared on the banks of the Seine River in Paris. It was taken to the city morgue behind Notre Dame and put on display for a month, according to protocol. The eerie beauty of the young woman’s expression attracted crowds but no claimant, and so, before the body was dispatched, a mold was taken of the face, yielding a mask which was to become one of the most celebrated cult objets/curios of the 20th century.

Set during the final days of the Paris expo of 1889, Brooks Hansen’s The Unknown Woman of the Seine sets out to solve the mystery of who the woman was behind the mask. In charge of that investigation is a former Gendarme and recent prisoner of war just returned from Tonkin, China. Henri Brassard is on his way to Paris, determined to reclaim his place in La Force when he crosses paths with a mysterious and unnamed young maiden and her gypsy wagon. Detecting villainy, and bent on proving himself to his former superiors, Brassard tracks her into the city and observes from the shadows as, with evident but inscrutable purpose, she wends her way into the orbit of several savory and unsavory characters—an Artist, an Impresario, a Madame, a Countess, and one Disciple even—each of whom sees in her some opportunity, a chance for profit or redemption; any one of whom may therefore be responsible for her sudden and unexplained disappearance.

On that account, Brassard’s chase will lead him on a grand tour of the city’s lushest and seamiest venues, from its highest spires down into its darkest, dankest catacombs and past a gallery of equally diverse crimes—the moral, the political, the maniacal. By the end, he will, in fact, learn the stunning truth of the unknown woman’s true identity, her past and present, but not before unearthing the equally disturbing truth about himself, who he has been, and who he must become.


Praise For The Unknown Woman of the Seine: A Novel…

Praise for John the Baptizer: “…a tale that by turns is graphically earthy and opaquely mystical, with a stray bit of humor tossed in. … It is in… Hansen’s masterful run-up to and depiction of the prophet’s death, that John the Baptizer takes off.” — The Boston Globe

Praise for The Monster of St. Helena: “An elegant, elegiac new novel… [a] little gem of a book.”  — The Washington Post Book World

“Ingenious… written with a… consciously literary grave that has the remarkable power to act as a lens.”  — New York Times Book Review

Praise for Perlman’s Ordeal: “In form and substance, it posits art and imagination as victors in their never-ending tussle with science and order. Indeed, art this lovely always wins.” — Wall Street Journal

Praise for The Chess Garden: “These tales form an allegory not only of the Doctor’s exemplary life but also of the wisdom he has gained in it—a quietude and a benevolence that in today’s world really do seem fabulous.” — The New Yorker

“The Chess Garden is an improbable, brilliant tale about the spiritual life of a 19th century Dutch physician… Mr. Hansen has the precious gift of observation in spades.” — New York Times Book Review

Brooks Hansen is an American novelist, screenwriter, and illustrator. His novels—The Monster of St. Helena, Perlman’s Ordeal, The Chess Garden, and Boone (co-authored with Nick Davis) were all New York Times Notable Books. The Chess Garden was also selected as a Publishers Weekly Best Book of the Year. He has written two books for young readers, both of which he illustrated. He received a John Simon Guggenheim Fellowship in 2005.
Loading...
or support indie stores by buying on