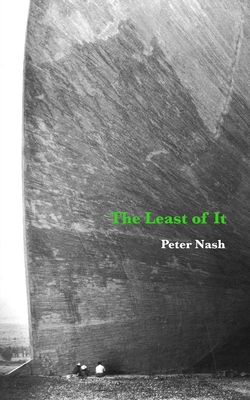 The Least of It

Opening one late spring morning in Mexico City, at Casa Barrag n, the former home and studio of the Mexican architect, Luis Barrag n, The Least of It tells the seemingly placid tale of a man, an unnamed American translator, who is reunited with his longtime friend, a New York psychiatrist, after years of estrangement. At the heart of their disaffection is his friend's ex-wife, Simin, a brilliant, headstrong, and beautiful woman with whom the narrator has always been in love, a love that has never been requited, except in the confidences she has shared with him over the years, secrets that have not only compromised his relationship with his friend but have rendered him all but incapable of speech.

Spanning a single day, the novel follows the two characters as they tour the small museum, then amble their way to Chapultepec Park, a vast and sprawling park in the center of Mexico City, through which they walk and talk, finally making their way, just as evening is falling, into the fashionable neighborhood of Condesa, where, after dinner in a local restaurant, they part ways for good. With its hints of Shakespeare's Othello and of the late novels of Henry James, The Least of It is a story of jealousy and deception, of innocence and complicity, of the role of one man in the betrayal and destruction of another.