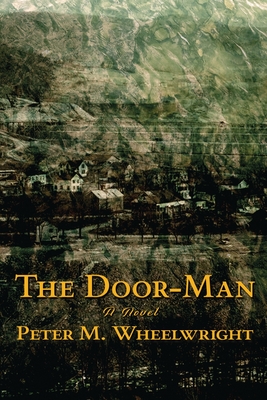 As seen in The New Yorker's 2022 "Briefly Noted" books, by the author of As It Is On Earth 2013 recipient of The PEN/Hemingway Honorable Mention for Literary Excellence in Debut Fiction.

In 1917, during the construction of a large reservoir in the Catskill hamlet of Gilboa, New York, a young paleontologist named Winifred Goldring identified fossils from an ancient forest flooded millions of years ago when the earth's botanical explosion of oxygen opened a path for the evolution of humankind. However, the reservoir water was needed for NYC, and the fossils were buried once again during the flooding of the doomed town.

A mix of fact and fiction, The Door-Man follows three generations of interwoven families who share a deep wound from Gilboa's last days. The story is told by Winifred's grandson, a disaffected NYC doorman working near the Central Park Reservoir during its decommissioning in 1993.

The brief and provisional nature of one's life on earth - as well as the nested histories of the places, people and events that give meaning to it - forms the backdrop to a reckoning with "Deep Time" within the tangled roots and fragile bonds of family.