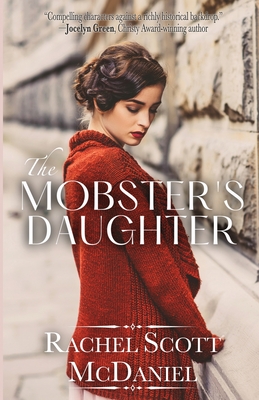 The one man who could help her, must never know her name.

If Kate Chamberlin can't reveal her true identity to the world, she must settle for sharing only her talent. Hired as a musician for KDKA radio, Kate plays everything from sponsors' jingles to complex sonatas. As long as the whispers around the broadcasting room refer to her as "Killjoy Kate" and not "Catarina the crime boss's daughter," then her life is safe from danger.

Or so she thinks.

When anonymous, violent threats surface, Kate's wary of accepting protection from the handsome private investigator, Detective Jennings. His save-the-world attitude is as charming as his manners, but no one, especially him, can know the gruesome realities of her birth.

The 1924 Pittsburgh underworld is as complicated as it is elusive, and though the dealings of the Salvastanos has dwindled, Rhett Jennings is certain the man responsible for his father's death is still at large. But his personal hunt for justice must be set aside when his day job requires him to investigate threats directed at a young radio broadcaster with enamoring brown eyes and secretive behavior.

When danger surrounds them, will the truth of Kate's past become the key to their survival?