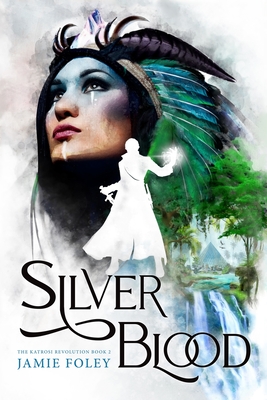 The Jade Witch sacrifices everything to save her people from one enemy-by forging an alliance with another.

Brooke's treetop city is a charred husk of its former glory. Her people demand revenge against the Emberhawk tribe, blind to the larger threat: the ravenous Malaano Empire.

Determined to subvert a bloody war, Brooke accepts a marriage alliance she knows she'll soon regret. Meanwhile, an Emberhawk prince is seeding a rebellion, and if Brooke's secret support can re-forge the Tribal Alliance, they just might stand a chance against the imperial threat.

Lysander is a former slave who has forgotten how to live free. After being forced to abdicate his throne, losing his loved ones and his hearing, he feels he has nothing to live for . . . unless he can convince The Jade Witch to teach him the magic of thought-speak, with which he could hear far more than his ears ever could.

Ryon's fractured heritage catches up with him and threatens to tear him away from Kira. As they maneuver to protect Imperial Princess Vylia, their worst fears come true-along with nightmares they never dared to dream.