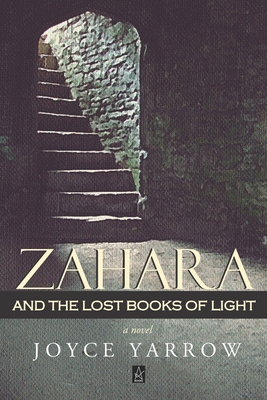 Zahara and the Lost Books of Light

Seattle journalist Alienor Crespo travels to Spain to claim the promise of citizenship offered to the descendants of Jews expelled from Spain in 1492. As she relives history through her vijitas (visits) with her ancestors, Alienor also confronts modern-day extremism and commits herself to protecting an endangered "Library of Light" - a hidden treasure trove of medieval Hebrew and Arabic books, saved from the fires of the Inquisition.

"In Zahara and the Lost Books of Light, Joyce Yarrow takes her protagonist Alienor Crespo on a dazzling voyage through time, moving between a fictional past and an autobiographical present in a seamless fashion... These are the possibilities of cooperation between diverse religious and intellectual traditions. These are the possibilities created by mutual understanding, when meaning can be found in both past and present. These are the possibilities that result from the embracing of the intellectual legacies and knowledge of those who came before us. A delightful and thoughtful book." - Teofilo F Ruiz, Distinguished Research Professor Emeritus of History and of Spanish and Portuguese. Awarded the National Humanities Medal by President Barack Obama

"Zahara and the Lost Books of Light is an extraordinary entry into another world, compelling, mysterious, and magical. The story is located in today's Spain but the strong echoes of Al-Andalus during the period of the Alpujarras Uprising and the Spanish Civil War bring a reality and a vividness to the narrative that strikes me as very authentic." - Stephan Roman, former Director of the British Council's cultural programs in Europe, North America and South Asia and the author of The Development of Islamic Library Collections in Europe and North America.

As a child, Joyce Yarrow often fell asleep to Afro-Cuban rhythms drummed on the mailboxes of her Bronx neighborhood. At seventeen, riding the bus through Manhattan's Lower East Side, she jotted down poems soon to be published by a literary magazine in Brooklyn. Joyce continued to write and set her Jo Epstein mystery series in New York City, Russia, and the Caribbean. Zahara and the Lost Books of Light was inspired by a sixteenth century Ladino song and is also a tribute to Ray Bradbury's Fahrenheit 451.