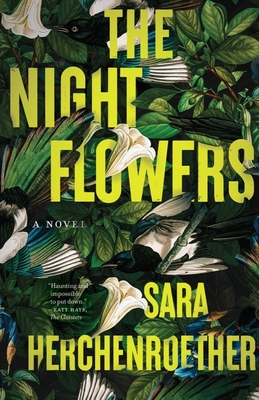 People tend to think of us as shadows. Blurred black mist. Often, it’s “out of the corner of my eye.” People sense the cold. I’ve heard of ghost hunters who use a tape measure, laying it on the ground to mark our boundaries. I don’t want to be measured.

In 1983, deep in New Mexico’s Gila National Forest, the bodies of a young woman and two children were found. Who were they? How did they get there?

Thirty years later, two women find themselves drawn to the cold case. Librarian Laura MacDonald begins her own investigation as a way to distract herself from breast cancer treatments and becomes consumed by her search for answers. Jean Martinez is a veteran detective determined to keep working cold cases for the Sierra County police force even as her family begs her to retire. With only fragments from dusty case files and a witness who doesn’t want to remember, this unlikely duo is determined—no matter the cost—to uncover the truth behind the murders. And with their help, the woman in the woods is finally able to tell her story on her own terms and summon the power to be found.

The Night Flowers—a haunting debut thriller written with pulse-pounding precision and a deep understanding of the psychology of violence and the tenacity of those who combat it—announces the arrival of Sara Herchenroether as an exciting new voice.

Praise For The Night Flowers…

Haunting and compulsively readable, The Night Flowers is impossible to put down. A novel that is as much ghost story as mystery, Herchenroether has crafted a truly original narrative that unfolds with a shocking array of twists and turns against the backdrop of the Gila National Forest. Every voice in the chorus that makes up this novel sings a siren song of suspense you won't be able to resist. I devoured it.

— Katy Hays, author of The Cloisters

Hypnotic, heart-wrenching, and harrowing, The Night Flowers is an exceptional debut. The twisted path of long-buried wrongs coming to light will keep you on the edge of your seat. Still, it’s the honest exploration of violence, trauma, and scars that never heal that will haunt you. Sara Herchenroether is a true talent.

Sara Herchenroether's astonishing, intricate debut is a deeply nuanced portrayal of those called to name the dead. A cold case detective and soon-to-be grandmother, a genealogist librarian recovering from breast cancer, and the ghost of a murdered woman are the unforgettable heroines of a novel about confronting—and transcending—mortality. Like Tana French meets Ann Patchett, The Night Flowers begs to be raced through the first time and savored the second. Sara Herchenroether is a fierce talent with much to say about women's strength in their most vulnerable moments.

— Katie Gutierrez, bestselling author of More Than You'll Ever Know

The Night Flowers is so many things: a murder mystery, a ghost story, a meditation on violence and the fragility of the body. Compelling, insightful, and evocative.

— Jane Pek, author of The Verifiers

Sara Herchenroether lives outside Columbus, Ohio, with her husband, four young children, one old dog, and two rescue kittens. Sara is a breast cancer survivor.
Loading...
or support indie stores by buying on