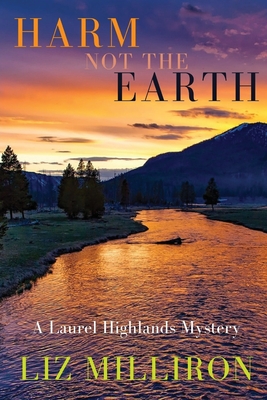 Harm Not the Earth

When Southwest Pennsylvania's summer rains flood the Casselman River, State Police Trooper Jim Duncan finds a John Doe body in what is initially believed to be a tragic accident. But when a second victim, John Doe's partner in an environmental group at odds with a nearby quarry operation, is rescued, all thoughts of accidental drowning are abandoned. After Jim is invited to join the official investigation, he begins to think a career shift might be in his future.

Meanwhile, Assistant Public Defender Sally Castle is approached by an abused woman who is accused of murdering her abuser. Although the rules prevent Sally from taking the case, she steps outside her office to help the woman and discover the truth.

As their separate cases become intertwined, Jim and Sally struggle to determine if their new paths can be traveled together or if they will divide their newly repaired relationship. And equally important, will they be able to bring a killer to justice before another innocent life is lost?