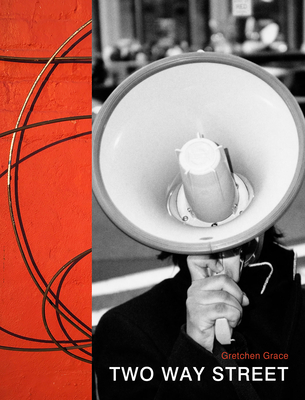 Gretchen Grace is an American photographer living in New York City. Two Way Street combines early black and white film work from the 1990s/early 2000s, and more recent street abstractions captured digitally. Through candid portraits of the people of New York and found compositions from the fabric of the city, the combined work tells the timeless story of the everyday in the city that never sleeps.

With essays by Julia Coddington and Carin Berger.

Gretchen Grace is a photographer, an artist, and a designer. For the last 30 years she has been photographing on the street, mostly in New York City, but also on streets around the world. For Gretchen, street photography is a visual form of poetry and storytelling. Her work is primarily lens-based, still and video, real and abstract. She also paints, and collages. Her work has appeared in the New York Times, Eyeshot, Aint Bad, Smithsonian Magazine, Noice, Broad, Women in Street, Strant, Daylight, Shots, and Japan Camera Hunter, among others. She has a children's book-for adults too-called Messy Hair.
Loading...
or support indie stores by buying on