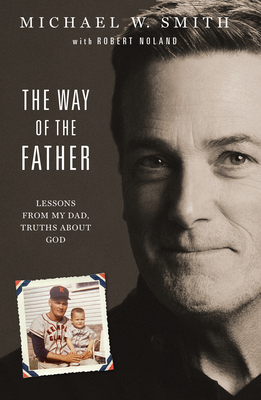 The Way of the Father

Lessons from My Dad, Truths about God

Michael W. Smith, a multi-platinum recording artist, has won three Grammy Awards, forty-five Dove Awards, an American Music Award, and has sold more than fifteen million albums. He has also given back to the global community, having raised funds to battle AIDS in Africa alongside U2's Bono; started Rocketown, a safe haven for young people in Tennessee to meet and find hope; and has helped to improve more than 70,000 children's lives through Compassion International. With a career spanning more than four decades, Smith has also starred in two films and written fourteen books, including a children's book series. He lives with his wife, Debbie, in Franklin, Tennessee. They have five adult children and sixteen grandchildren. Robert Noland spent ten years as a touring musician, songwriter, and producer in Christian music and then twenty years running a para-church ministry where he first began writing Christian resources. Since 2014, he has become a best-selling author, writer, and creative consultant based outside of Franklin, Tennessee.
Loading...
or support indie stores by buying on