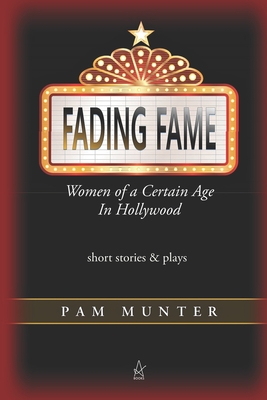 Women of a Certain Age in Hollywood

"Munter probes the lives of Hollywood women after the lights have gone down in this debut collection of fiction and drama....Munter writes purposefully about the systemic misogyny that has dominated Hollywood throughout its history, from predatory producers on casting couches to women being considered too old before they were out of their 30s. A common theme is the exploitation perpetrated by the various husbands who only continue the damage started by other men... A thought-provoking, well-crafted collection of Hollywood survival stories." - Kirkus Reviews

Pam Munter has authored several books including When Teens Were Keen: Freddie Stewart and The Teen Agers of Monogram (Nicholas Lawrence Press, 2005) and Almost Famous: In and Out of Show Biz (Westgate Press, 1986) and is a contributor to many others. She's a retired clinical psychologist, former performer and film historian. Her many lengthy retrospectives on the lives of often-forgotten Hollywood performers and others have appeared in Classic Images and Films of the Golden Age. More recently, her essays and short stories have more than 150 publications. She is the nonfiction book reviewer for Fourth and Sycamore.Her play Life Without was a semi-finalist in the Ebell of Los Angeles Playwriting Competition and was nominated for the Bill Groves Award for Outstanding Original Writing, along with a nomination for Outstanding Play in the Staged Reading category. Her second play, That Screwy, Ballyhooey Hollywood, will open the new season for Script2Stage2Screen in Rancho Mirage, CA. She has an MFA in Creative Writing and Writing for the Performing Arts. Her memoir, As Alone As I Want To Be, was published by Adelaide Books in October 2018. You can find much of her writing at www.pammunter.com.