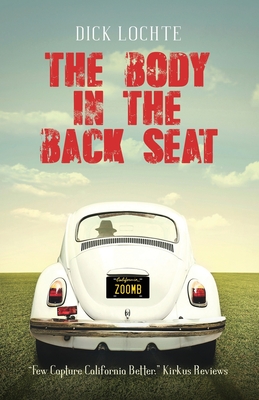 The Body in the Back Seat

It's the Swinging Sixties and Harry Trauble is ready for some California Dreamin'. He's young, single, living at a cool beach-side pad and working in Hollywood at Ogle, the nation's second most popular magazine for men. So what if the Vietnam Conflict is heating up and Watts is a racial powder key about to blow? At Ogle, with its beautiful people, amusing eccentrics and sexual freedom, it's nothing but fun and games. Unless you're worried about a company executive being crushed by a giant statue of the magazine''s jaunty frog logo . . . or the strangled corpse left in the back seat of Harry's car . . . or the dark and sinister plan that's placed the employees of Ogle on the hit list of a very efficient assassin.

This book was previously published under the title Croaked

PRAISE FOR THE BODY IN THE BACK SEAT

"A splashy, sexy, swingin' adventure. Lochte delivers plenty of surprises and a lot of laughs along the way." Booklist

"Memorable, quirky characters that are fun and entertaining." CrimeSpree Magazine