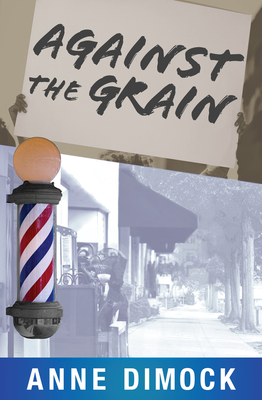 Every small act of history is a drama of time, place, and people. Welcome to Jamestown, New Jersey where in 1962-1964, six characters intersect in a conflict of change and complacency. During desegregation battles in the early 1960s, one African American family in a leafy NJ suburb experiences barriers more quiet and hidden than in the South. When the oldest child, Fleur, a high school student, gets an after school job in an upscale store on Main Street, she becomes the catalyst for change no one in her town expects. Some want to help her, others want to impede her, and some end up doing both. Fleur learns the limits of trusting her future to others, while making and defending her own decisions.

Anne Dimock is the author of Humble Pie: Musings on What Lies Beneath the Crust, a finalist for a Minnesota Book Award and the reason Garrison Keillor called her “the Proust of pie.” An eclectic writer of plays, short stories, and essays that cover topics like women’s health, alternative sentencing, Moby Dick, Cyrano de Bergerac as a woman, and prize-winning ribald limericks, Dimock’s work has appeared on stage and in print. She resides in Croton-on-Hudson, New York.
Loading...
or support indie stores by buying on