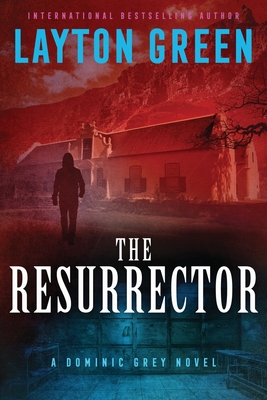 A modern day Dr. Frankenstein, probing the secrets of life and death.

A secret society spawned by the greatest evil the world has ever known.

Two men racing against the clock to stop the spread of a horrific virus.

On three different continents, a mysterious illness has baffled scientists and incited worldwide panic. When a tattoo steeped in Aryan mysticism is found on one of the victims, a South African boy who walked into his township a month after his own funeral, Interpol turns to Professor Viktor Radek and Dominic Grey for help.

After racing from Atlanta to Iceland to Cape Town, Grey and Viktor come to believe the deadly virus is connected to a resurgence of a legendary arm of the Nazi party. A global organization whose leader might be a notorious brain surgeon rumored to have performed illicit tests during Apartheid, and who might be continuing his experiments from a sun-drenched manor in the Western Cape.

As the victims of the virus mount and the chance for a cure fades, the world's only hope to prevent a catastrophe beyond imagining rests in the hands of a broken warrior and a relentless professor, facing the darkest of forces.