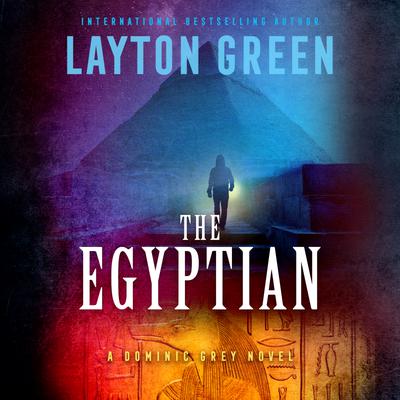 “Stirring and imaginative . . . the reader [is] in for a wild ride.” - Steve Berry, New York Times bestselling writer

At a mausoleum in Cairo’s most notorious cemetery, a mercenary receives a package containing a silver test tube suspended in hydraulic stasis.

These seemingly separate events collide when private investigators Dominic Grey and Viktor Radek are hired by the CEO of an Egyptian biomedical firm to locate stolen research integral to the company’s new life extension product. However, after witnessing the slaughter of a team of scientists by the remnants of a dangerous cult thought long abandoned, Grey and Viktor turn from pursuers to pursued.

From the gleaming corridors of visionary laboratories to the cobblestone alleys of Eastern Europe to a lost oasis in the Sahara, Grey and Viktor must sift through science and myth to uncover the truth behind the Egyptian and his sinister biotech—before that truth kills them.

PRAISE FOR THE DOMINIC GREY SERIES

"Stirring and imaginative . . . the reader [is] in for a wild ride." -Steve Berry, New York Times bestselling author

"An awesome read" -Blood Writes Mystery Blog, naming The Summoner as Mystery Pick of the Week and one of the top ten books of 2011