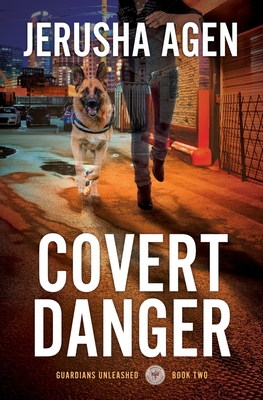 A K-9 protection team. An assassin. Only one can survive.

An assassin is on the loose in the Twin Cities, aiming to kill FBI witnesses the Phoenix K-9 Security and Detection Agency is hired to protect. Rogue CIA agent Amalia P rez and her protection K-9 must get the edge on this deadly opponent before he kills her childhood best friend-the only man who knows her true identity.

Investigative journalist Michael Barrett can't believe his eyes when the woman he's spent years searching for walks back into his life. But he soon fears the woman he loved is lost forever beneath the secrets Amalia wears like armor.

As the assassin closes in, Amalia will risk anything to keep Michael safe-anything except believing in the God he trusts. When the layers of deception become as dangerous as bullets, can Amalia and Michael uncover the truth in time to stop the assassin from completing his lethal mission?

Covert Danger continues the thrilling story of the elite Phoenix K-9 Security and Detection Agency that began with Hidden Danger (Guardians Unleashed, #1). (Each book can stand alone or be read as series installments.)

"... grabbed me from the first chapter and never let go. Don't miss this edge-of-your-seat story of suspense and romance." - Patricia Bradley, award-winning author of the Logan Point and Memphis Cold Case series