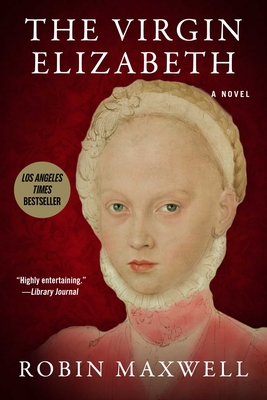 Elizabeth, daughter of Henry and Anne Boleyn, banished from the court at the age of two, finds an unlikely ally in her father's sixth wife, Catherine Parr.  A kindly woman with no children of her own, Catherine offers motherly love to the young princess and her brother Edward, and works to soften her father's heart and gain her readmittance to the Tudor fold.  But when Henry dies and a ten-year-old Edward is crowned King of England, a new era of instability begins for the young and suggestible monarch, and the sister he has left behind in Chelsea House.

It is becoming increasingly clear that Catherine's new husband, Sir Thomas Seymour, has dangerous designs on the vulnerable teenage princess in his charge, and on the power to which she is key.

Praise For The Virgin Elizabeth: A Novel…

Robin Maxwell began writing novels about the historical figures she had been obsessing about since graduating from Tufts University with a degree in Occupational Therapy. Her bestselling first novel The Secret Diary of Anne Boleyn,  won two YA awards and has been translated into fourteen languages. The Wild Irish —an epic tale of Ireland's rebel queen, Grace O'Malley—closed out her Elizabethan Quartet and is now in development for a television series. Signora Da Vinci and Jane: The Woman Who Loved Tarzan are tales of the remarkable women behind two of the world's most beloved wildmen, Maestro Leonardo and Lord Greystoke. Robin lives with her husband of forty years, yogi Max Thomas, at High Desert Eden, a wildlife sanctuary in the Mojave Desert.
Loading...
or support indie stores by buying on