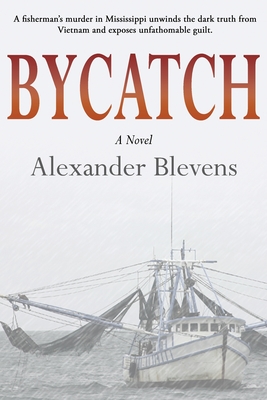 A fisherman's murder in Mississippi unwinds the dark truth from Vietnam and exposes unfathomable guilt.

Rex Thompson has not spoken of the felony he committed in Vietnam for over two decades. When his ne'er-do-well sons scuttle a shrimp boat in the Biloxi Bay and drown an immigrant fisherman who had witnessed this crime, Rex is flooded with remorse but remains silent.

His secrets seem to wash away in the muddy tide until the fisherman's daughter, Anh Truong, stumbles upon a wartime journal and confronts Rex with a tale her murdered father never told. As a dragnet encircles his sons, Rex's life of poor choices unravels, and he must decide to continue his charade or seek mercy from those he harmed.

Bycatch is a story soaked with greed and forgiveness while Southern and Vietnamese cultures tangle on the Mississippi Gulf Coast.