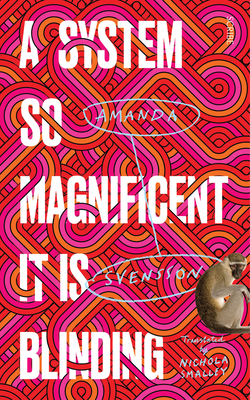 A System So Magnificent It Is Blinding

Are we free to create our own destinies or are we just part of a system beyond our control?

A joyful family saga about free will, forgiveness, and how we are all interconnected.

In October 1989, a set of triplets is born, and it is this moment their father chooses to reveal his affair. Pandemonium ensues.

Over two decades later, Sebastian is recruited to join a mysterious organization, the London Institute of Cognitive Science, where he meets Laura Kadinsky, a patient whose inability to see the world in three dimensions is not the only thing about her that intrigues him. Meanwhile, Clara has traveled to Easter Island to join a doomsday cult, and the third triplet, Matilda, is in Sweden, trying to escape from the color blue.

Then something happens that forces the triplets to reunite. Their mother calls with worrying news: their father has gone missing and she has something to tell them, a twenty-five-year secret that will change all their lives ...

"This is a prismatic, hilarious, and deeply intelligent novel overflowing with wisdom about the complexities of being alive--I read it ravenously, and with pen in hand."
--Claire Lombardo, author of The Most Fun We Ever Had